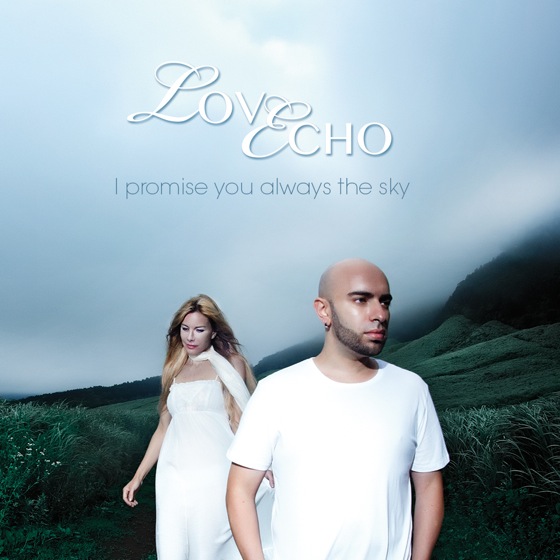 Leave it to a guy/girl duo to create a new type of seductive, lucid dream pop. Love Echo has self-described its music as “post-dreampop, post-chillwave, post-electroindiepop, post-post-twee, post traumatic stress disorder,” and oddly enough, that’s not far off. Consisting of producer Vic Miranda and vocalist Vicki Glass, the two-piece strives to make goosebump-inducing music and may have managed just that in its latest single, “Control.”Today, we are excited to premiere this latest offering, which appears on the collective’s forthcoming debut album, I Promise You Always the Sky, slated for a January 28 release via LebenStrasse Records. The track begins with sparse production, focusing on Glass’s airy vocals. As it progresses, her melody guides the way as glimmering electronics gently build, developing a sensual beat as the music unfolds.