The Girls Are :: READ ALL ABOUT IT | LOVE ECHO 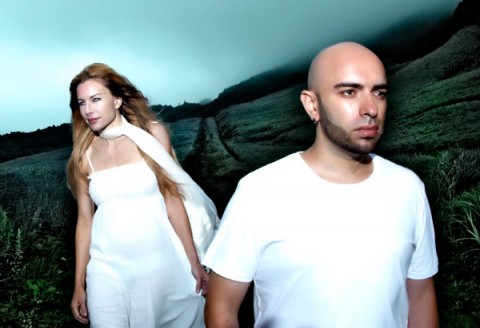 Aiming to make good on that initial introduction, the pair’s album I Promise You Always The Skyis also chock-full of sensuous sounds that, originally, were made on a whim, as Glass reveals.

She says: “We were talking about how music has seemed to have lost its beauty, and decided to try to make something that we loved. Vic first came up with a charmingly seductive track full of synth lines, and I added some words and vocals to it.

“It all came together rather quickly. We did it just for our own amusement at first, but we liked what we heard and decided to do more tracks, which also came together almost immediately.”

And we’re rather glad they did. See if you agree by wrapping your ears around album track ‘Daybreak’ below:

I Promise You Always The Sky is out through LebensStrasse Records on January 28.